The UK is set to drift away from the EU with no deal come 2021. So why are they investing £2.5 million of public funds in a Danish space research and development company? And will any of the benefits ever reach them? 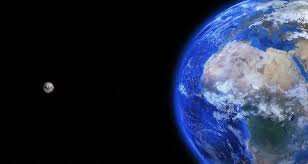 It’s almost fifty years since the UK launched its last satellite into space. Now, Scottish firm Skyrora has once again sent one up, marking the dawning of a new era for the UK space industry. Space has come back in the news in a big way in recent years. From the Mars lander to news of water found on the Moon, governments and private companies are once again investing in space technology. The UK is trying to be part of the wave. But are they actually in a position to invest in space technology? And more importantly, who is set to benefit from their efforts?

No Guarantees in Orbex Space Investment

While the UK is certainly putting more money into space research and technology, the circumstances are not good. The UK government is throwing money at private companies in the hope that they can make the country competitive in space technology. Lockheed Martin UK have received £23.5 million, despite the company having a history of scandals behind it. It’s also unclear who is actually set to benefit from any of this. Danish firm Orbex, meanwhile, are receiving £2.5 million to join in a partnership with Lockheed on their Sutherland spaceport. Despite the huge amounts of money changing hands, it’s still unclear how many launches Orbex and Lockheed plan per annum. Their current estimate is anywhere between 8 and 20, certainly not the kind of number you can invest in.While the government promotes partnerships with foreign firms, it’s unclear what concrete rewards they expect from them.

Investment in foreign companies, without promise of returns, is one major issue of the project. Further questions are raised about the actual sustainability of these ventures. The UK, and indeed most of Europe and the rest of the world, are facing uncertainty in the face of the recessions of 2008 and, presumably, 2020. While space research will always deserve the funding necessary to push innovation, we must ask whether the UK government is going about it in the correct way. The environmental impacts of launch sites and fuel production are considerable. On top of that, the UK’s position regarding importing the necessary technology and materials is at risk due to Brexit. Is investing in Orbex, a Danish company, during a recession, with no promise of benefits to the UK itself, a good idea? It certainly doesn’t seem to be.

The UK has always had a significant place in the world of aerospace innovation, stretching back to the flexible aileron that made the first supersonic flight possible. In a perfect world, it could maintain this position, funding research that benefits both itself and the international community. In reality, what we are seeing is unreliable deals with foreign companies such as Orbex, made possible with public funds, in a time of uncertainty. It’s clear that, whatever lies in the future of the UK space industry, it won’t be of any benefit to the UK itself.